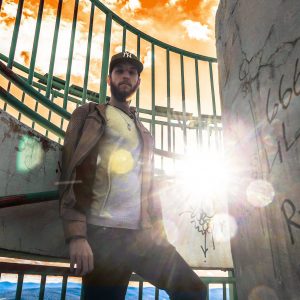 What is Mastering? A quick Walk through History

Mastering is sometimes referred to as a dark art, because there is a lot of confusion around this topic and what mastering actually is. But you don’t have to worry, with enough experience and training you can master the dark art and come out victorious.
Historically speaking, mastering used to describe only the process of producing a master medium that would then be replicated for distribution. In the early 1900’s, this meant recording a live-band directly to a master-disc, which then would then be pressed to vinyl. Because of the nature of vinyl records, equalisation had to be applied to the signal to prevent exessive bass from cutting too deeply into the vinyl. To compensate for this missing bass, a bass-boost had to be applied during playback. By the 1930’s it was also already established, that boosting high frequencies during cutting would improve playback of details that where otherwise drowned out by the hiss.

Keep in mind, that in the early 1900’s radio was a relatively new thing, and there were no standards or norms on how music should be produced and sound until the late 40’s. This presented a problem in so far, that everybody producing records figured our their own way of equalizing them, leading to records sounding vastly different from each other during playback.

By the late 1940’s magnetic tape recordings became widely avaliable and changed the music industry forever. Instead of recording directly to a disc, people now had the opportunity to record songs at different times and in different places, and then later transfer those recordings from the tape onto a master disc. It was at that time, specifically 1948 with the introduction of the Ampex 200 tape recorder, that the job of the “transfer engineer” was born. The transfer engineer specialized specifically on the process of transfering the recording from tape to vinyl while retaining the best possible quality. [Read more about the history of the Ampex Tape Recorder]

In 1954 the RIAA Equalisation Curve was established as a global standard and dictated the curve of the corrective EQ in playback devices. Having a predictable playback slowly morphed the rather technical job of the transfer engineer into the more creative and artistic profession of the mastering engineer. By the use of EQ and compression, early mastering engineers improved and matched the sound of recordings before transfering them to the master, ensuring a more standardized sounding playback from different playback devices. Their musical influence further increased when stereo-recordings were introduced in the late 60’s.

In the 1980, the music industry was disrupted yet again, by the introduction of digital audio and CD’s. The technology removed many limitations that vinyl and analog music reproduction intrinsically had, and paved the way for a new era of music: the digital era. Trying to press a louder playing vinyl record was not feasable and resulted in a bunch of problems. Given the high theoretical fidelity of a CD however, engineers slowly figured out ways to make the songs on CD’s play back louder and by the mid 90’s the loudness war was in full force. It became the main objective of a mastering engineer to find ways to make the music play back louder than the competition. This frency also gave rise to aspects of what we nowadays percieve as a “finished” sound in modern music.

The latest paradigm shift in the music industry was the shift that occured from digital mediums like CD’s to online steaming services. Most providers have introduced loudness normalisation, where they analyze the dynamic range of uploaded songs to play them back at a coherent sounding level. In some cases they even apply limiters at -1dB to prevent clipping after level-matching albums. What does this mean for mastering engineers? Contrary to popular belief it does not mean that you should master at significantly higher dynamic range to maintain the full range the provider normalizes to. It means that you should master at the level of dynamics that give the best sound subjectively, without worrying about the playback level of your song. You will find that in Pop music that range usually lies between a modest 8-12dB of dynamic range.

So what makes a great Mastering?

While mixing is the process of adjusting and leveling everything that happens within the song, mastering is the process of shaping the overall impression of the finished record. Here inlies the theoretical advantage of using a different mastering-engineer, someone who has never heard the song before and can make an unbiased judgement. Mastering tries to further turn the “mix” of signals into a coherent and “as one” sounding whole. It tries to give the entire frequency spectrum an equally felt presence, and balances the dynamics so the music sounds loud but not “squashed”.
If you master your own music and don’t want to rely on mastering services, it is important to make a mindset distinction between the mixing and mastering process. Many self-producing artists tend to mix their song and then master it directly by applying effects on the master-channel. The problem that comes with this approach is that there is no clear destinction between mixing and mastering, so you will likely find yourself re-adjusting elements of the mix as you apply limiters and EQ’s to the master channel. Instead of making objective decisions on the final mix it can become a blurried back-and-forth which creates confusion instead of clear decisions in the mastering-process. The longer you work on mixing a song the more biased you become and the harder it become to objectively hear what is going on. Coming out of the long and tedious mixing process and directly trying to hear what the master needs or doesn’t need becomes an impossible task. But there are a couple of strategies that can help you resolve that issue.

1. Take a (long) Break
Our hearing is an adaptive sense. Similar to how you cannot tell if a room smells bad after spending the whole day in it, while somebody entering from outside will immediately notice the funk, your hearing will also adapt to the frequency response of the song, speakers and room you are listening to. Even during mixing your song it is essential to take breaks and let your hearing reset by listening to other music. After your mix is finally done, I would recommend not listening to it for at least a couple of days, then when you hear it again use the first impulses you get to make adjustments to your mix.

2. Seperate the Processes
Even when you take a break before mastering, if you don’t clearly seperate it from your mixing workflow, you will be tempted to jump back into mixing once you hear what effects are doing on your master. Learn from your mistakes and try to go into the matering process being sure that your mix is perfect and you will not want to change it. It also takes time to hear a mix in the context of it not being mastered. A mix should sound clean, differentiated and balanced, rather than sounding like a mastered reference song.

3. Limiters reveal the painful Truth
The main element of getting a balanced mix are not EQ’s, effects etc., while they are obviously important as well the main element is actually leveling. During mastering limiters will cut off transients and peaks while bringing up less transient signals. Bass-frequencies have more energy than high frequencies and therefore also trigger limiters and compressors sooner, sometimes making them pump and sound nasty before they even touch the midrange (a good argument for a high-pass filter before compression). So it often happens that the mastering process uncovers flaws in your mix that make you want to go back and re-adjust. It can be a great help sometimes, to set up a limiter on your masterbus, only engaging it occasionally, checking what effects it has on the overall balance of your mix so you won’t have to go back and make changes later.

4. Ojective Mindset
While mixing is very much a creative process, you should approach mastering of a finished mix with an objective mindset. Accept decisions that were made in the mix and don’t try to “save” anything that went wrong. Sharp EQ curves are usually not what you want on a master. If there is a unwanted frequency in an instrument or vocal, reducing this frequency will inevitably reduce it on the whole mix and therefore not fix the problem. This takes us back to point nr. 2 and how important it is to understand how a balanced mix should sound before going into mastering.

5. AB-Testing
During mastering try to make sure that every change you make to the sound is an improvement over the original. Make a seperate track with the orignal mix and level-match it to the mastered version. Does your master not only sound louder when you normalize it, but does it also sound fuller, clearer, more in-your-face when played back at the same volume? Does the compression hurt the dynamic feeling of the drums or does it glue everything together? Use this strategy to go step by step, slowly improving the sound of your mix as you make subtle adjustments.

6. Analysers
Last but not least analyser plugins can be a valuable tool for mastering. While as always you should “just use your ears”, certain information like the dynamic range or a frequency graph can make you understand issues you haven’t identified though listening, maybe because your speaker or room have masked them. It also comes in handy to use a reference track, a professional sounding master from a similar genre that you like. See if there are stark differences between the professional reference and your own master. Don’t try to perfectly match the reference, but rather try to get your song in the same ballpark of sound, to where if they were played back-to-back on the radio or at a party, you wouldn’t notice an obvious difference in the sonic signature or volume.

If you keep all of those things in mind and practice long enough, you too can master your own music. Even having one of your songs mastered professionally, can help you understand what you should be doing by trying to recreate it. If you are interested in hearing how a professional master can impact your music, check out our competitive mastering-services or send us a message at [email protected]

In this blog post we want to share a few tips to effectively optimize your space for the best possible recording and listening experience.Acoustic elements

Genelec has been a major name for studio monitors for decades, the Finnish manufacturer’s success story started in the late 70ies and their speakers became

What Makes A Great Mix?

We believe that what makes a great mix, even more importantly than equipment and experience in the craft, is the ability of a producer /